In the context of recent concerns over plastic accumulation in marine habitats, this report reviewed the scientific literature on marine plastic litter and other threats to oceans’ health. It aimed to put marine plastic litter into perspective with other threats to ocean health and to identify the research needs for its integration within the LCA framework.

A total of 205 publications from the bibliographic search were selected. Based on the most relevant ones, 11 ocean threat categories were identified: ocean acidification, climate change, non-human diseases, marine eutrophication, marine litter, noise, overfishing, physical habitat destruction, pollutants, species introduction, and UV radiation. Each category was described in terms of its mechanism (impact pathway). This showed that humans affect the oceans in very diverse ways, through different mechanisms and at different scales. Only a few publications compare those threats in a comprehensive way and there is no consensus as to what the most important ones are. As marine plastic litter is only covered by a few of the most recent scientific publications on ocean threats, its importance cannot be confidently assessed.

The inclusion of marine plastic litter in LCA was also discussed. Significant research still needs to be done to obtain robust plastic fate factors that link leakage in the environment and concentration in habitats accounting for plastic type, shape, and degradation. Even more work is needed to model effects on ecosystems since no effect factors have been proposed in the literature yet. Finally, microplastics are clearly one of the least understood aspects of marine litter and are the source of rising concerns in the recent scientific literature 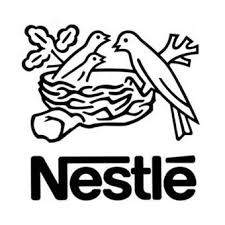